Create an Account - Increase your productivity, customize your experience, and engage in information you care about.


The City Clerk is the elections official for the City of Cloverdale, responsible for conducting municipal elections and provides election support to officeholders, candidates, and ballot measure proponents and opponents.

The City of Cloverdale's regular General Municipal Election is held on the first Tuesday following the first Monday in November on even-numbered years. The City Council is comprised of five elected councilmembers with staggered four-year terms. There is no limit to the number of terms an individual can serve on the City Council.

The next general municipal election will be held on Tuesday, November 3, 2020 for the election of two council seats.


To register to vote you must be a United States Citizen; 18 years of age on election day; not in prison, on parole, serving state prison sentence in a county jail, or serving sentence for a felony; and not found to be mentally incompetent by a court of law.

To be eligible to run for City Council, a candidate must be a resident within the city limits of the City of Cloverdale and a registered voter at the time nomination papers are issued. The candidate nomination period is determined by Election Code.

Candidates must wait until the nomination period begins to obtain a nomination packet from the City Clerk. Forms include, but are not limited to, a Nomination Petition, Affidavit of Nominee, Ballot Designation Worksheet, Candidate Statement (optional), Code of Fair Campaign Practices (optional), Statement of Economic Interests Form 700, and Campaign Finance Disclosure statements.

Candidates are encouraged to contact the City Clerk for more information prior to raising or spending money towards a campaign for office. The City Clerk can be reached at (707) 894-1712 or via email at iwerby@ci.cloverdale.ca.us.


Additional information will be available and posted online in early 2020.

Additional information on the March 3, 2020, Presidential Primary Election, including Local Ballot Measures, Polling Locations and Voter Guide Information can be found on the County of Sonoma Registrar of Voters website: https://sonomacounty.ca.gov/CRA/Registrar-of-Voters/ 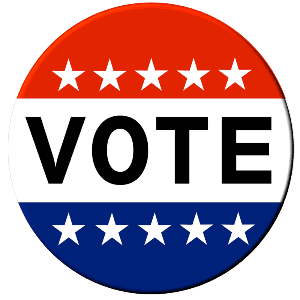